With the tenacious competition among businesses, enterprises need the finest resources, tools, and frameworks in the development and support of enterprise software. In such a scenario, the tendency to deliver the best becomes the utmost priority. To achieve the vision, organizations usually follow the DRY (Don’t Repeat Yourself) principle, reducing redundant software patterns, and replacing them with abstractions or data normalization. A software engineering framework serves the same purpose, improving the efficiency of building new software by speeding up programming time, software reliability, and simplified testing.

Before diving straight into the heart of the matter, an elementary question needs to be addressed – What is a software framework?

A framework in software engineering enables developers to eliminate the step of reinventing the wheel. In simpler words, you do not need to rebuild authentication, password management, payment gateways, database configurations, and many such programs from scratch. A framework provides you the foundation to build applications and software in a reusable software environment.

Should a developer rely on a software framework?

Now, to answer the question – no, it’s your choice as a developer to use a framework. But if it makes your life easier then why not? Putting your efforts into creating the best product showcases your programming excellence as a developer and an enterprise’s proficiency in the marketplace.

This brings us to our next concern. Isn’t one framework enough? Why do enterprises require so many frameworks? When one framework claims to build a scalable single-page application, what do “those” other frameworks do, and what are the reasons for their existence?

Building a framework is not an easy job and so is the choice of going ahead with one or multiple. You need a valid reason to use multiple frameworks. For instance, ReactJS, a front-end development framework, offers reusable components, handles inputs easily, and sets up conditional rendering with a couple of characters. On the other hand, jQuery comes with cross-browser compatibility.

So, are there any differences between React, Angular, Vue, Django, and all the other available web frameworks? Yes! Can you build almost any website regardless of the framework you choose? Also, yes.

The minor variations in use cases of these frameworks have little to do with the underlying technology, it usually boils down to a matter of preference.

The journey of front-end frameworks

It all started on October 9, 1997, when the W3C released the first working model of DOM. For the first time ever, it was possible for a programmatic change of elements on a web page. Therefore, it makes total sense that someone had to come up with a wrapper around the DOM, making it much easier to navigate around and build things faster, the answer was jQuery. The name itself specifies that you’re doing nothing but querying the DOM. That’s how the journey of front-end frameworks started.

Features of a good framework

The features of a framework offer ease of adding and removing elements from a project. It enables the framework with different capabilities. Developing whatever is displayed on a user’s screen is the role of a front-end developer. Unarguably, developers worldwide try to bring in the best user experience. In order to build a superior user experience, major developers rely on the following list of frameworks:

Back in the early days, your JS working across all browsers was a big achievement, as not all browsers supported the latest JS. JQuery flipped the game since its arrival. The framework solved all the cross-browser problems. It also made animations much easier to work with.

Yet, it came with another major problem – its library size for loading. With the outbreak of smartphones, web pages need to be loaded in record times, and this wasn’t possible, all thanks to JQuery’s huge library size.

React uses Virtual DOM (Document Object Model), making it faster than jQuery, which relies on the traditional DOM. Besides that, React is minimal, allowing you to build an entirely new framework in combination with other libraries of your choice.

The framework first came into existence in 2013. The front-end framework was claimed to be the UI Library that can be used in combination with other libraries to build a single-page application (SPA). Rationally, there must be a strong reason when someone out there decides to build another framework altogether in order to accomplish the same job.

Then why was React built? One of the biggest web applications of all time is Facebook.com. It has hundreds of components loading and refreshing while the page talks to hundreds of APIs, simultaneously. Engineers at Facebook aimed to build a solution to make their lives easier, which was React.

They produced a way, where a Virtual DOM serves as a copy of the original DOM, and when the data changes, only the component/DOM node associated with the particular data needs to be refreshed without loading the entire DOM. This led to the invention of React.

Mostly, people differentiate React from Angular on the basis that the former is a library while the latter is a Framework. Yet, only a few pay attention to the architectural decisions involved in their development.

Before discussing Angular, let’s take a step back and think about where it came from. Angular 2/Angular was an upgrade of the previous AngularJS library (Google’s creation). AngularJS was built on the belief that declarative programming should be used to create user interfaces and connect software components, while imperative programming was better suited to defining an application’s business logic.

For those who are new to these concepts:

In layman’s terms, with programs written in C/C++, developers explicitly want the control flow to start somewhere and end somewhere. Whereas in areas like web development the user decides the control flow, so we can only declare how things should be done.

Tips for choosing a software framework for your enterprise

Software frameworks, undoubtedly, offer several benefits. Picking the one that would fit your needs is a perplexing task. To simplify the process, you can create a checklist, ensuring the chosen framework serves the purpose.

Setting the foundation for your developers with the right framework helps your business achieve the greatest returns. The software engineering framework investment is something that gives software developers the base to build superior software products within a limited timeframe, saving their efforts to the maximum.

What would be your pick? Angular, React, or Vue?

I would like to be called not just a software engineer or a software developer but a Problem Solver. Solving real life problems gives me real joy. And using technology to solve them is even more fun to me. If I’m asked to tell about myself in one line, I’d say that “ I eat Tech, I walk Tech, I talk Tech and I live Tech” 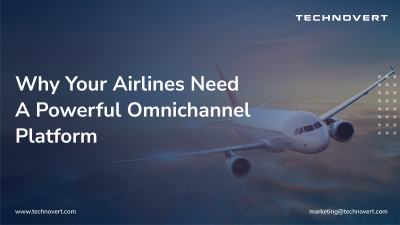 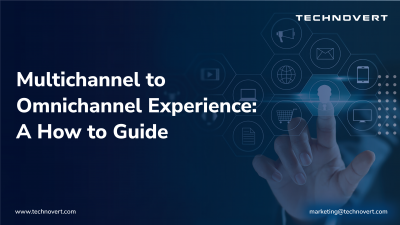 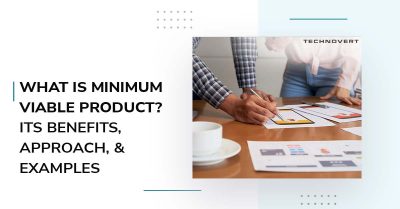 What is Minimum Viable Product? Its Benefits, Approach & Examples

Almost all Software-as-a-Service (SaaS) businesses start with a “visionary idea” – a concept that can revolutionize the industry. Yet, the world has witnessed numerous passionate founders invest their energy, time, and money in a product that solves a problem that nobody cares abou...